Krista Armbruster’s fourth-grade peers at Martin Luther Christian School in Amherst, New York, thought she and another student had the best handwriting skills in their class. When Krista learned she could enter the Zaner-Bloser National Handwriting Contest, it wasn’t just a chance to practice handwriting; it was an opportunity to prove who was really the best.

“I always had nice handwriting as a child and enjoyed copying the perfect cursive letters in our practice books to help me learn,” Krista recalled. “I remember as a class we were required to enter the contest and to just try our best, but there wasn’t any expectation that we would win.”

Several months later, Krista learned that her hard work had paid off. She had won the contest for her cursive writing–an excellent accomplishment for a fourth-grader! During a special school assembly, a representative from Zaner-Bloser presented a prize and a certificate to Krista in front of the whole school.

Krista has continued to excel in her studies. In 2013, she graduated from the State University of New York at Buffalo with a Bachelor of Science degree in biology and a Bachelor of Arts degree in Spanish. Her education journey did not end there, however. She’s currently a PhD candidate in the Department of Biochemistry and Molecular Biology at Pennsylvania State University, focusing her studies on how a certain membrane protein affects detection of bacteria by the human immune system in the case of an infection.

“Working in a microbiology lab involves having many different tubes and samples at a given time, plus keeping a detailed lab notebook,” she said. “If tubes are not properly labeled, it is almost impossible to tell them apart, and lab notebooks need to be neat and legible in order to read protocols and see what was done in an experiment.”

Krista has found that her cursive handwriting skills have helped not just with her microbiology studies, but also with her artwork.

“I’ve always preferred to write and take notes by hand over typing on a computer,” she said. “But I also use my handwriting and calligraphy regularly in some of my art and when I send handmade cards to friends and family.”

Krista also expressed her appreciation for the uniqueness of an individual’s handwriting, which is commonly lost in today’s digital world. She said she could easily recognize her father’s and grandmother’s distinct lettering from others.

“It can be surprisingly emotional to look at a sample of handwriting and know exactly who wrote it. My late grandmother had beautiful cursive and I’ve saved all her cards to me with her messages over the years,” she said. “Though my handwriting has evolved over the years, if I compared my handwriting from today to a project I did in elementary school, I could tell you without a doubt that it was my work, and I think that’s something special.”

With the amount of work Krista has already completed there’s little doubt that her academic training and competitive drive will continue to keep her at the top of her class and allow her to find success in the microbiology field. 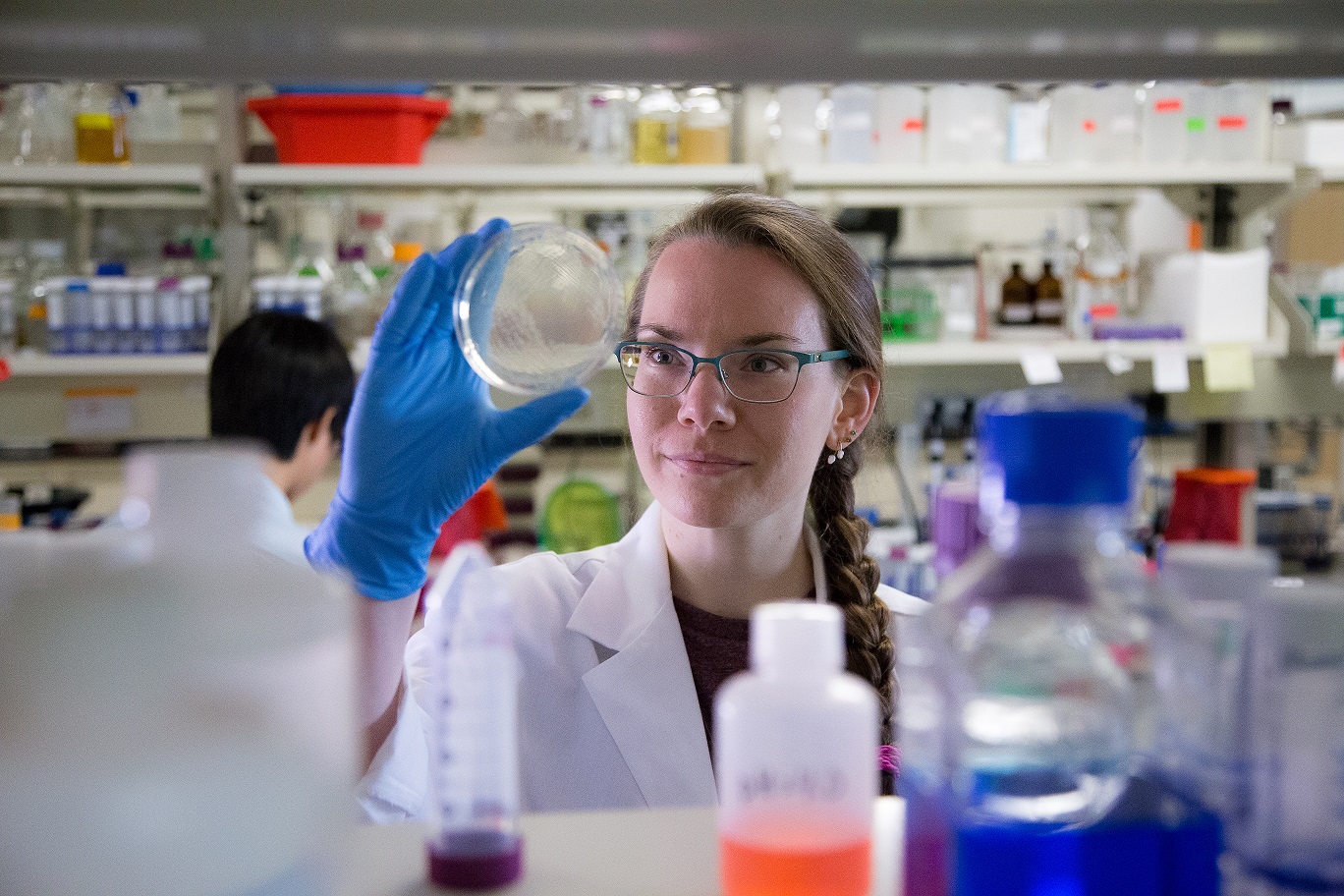